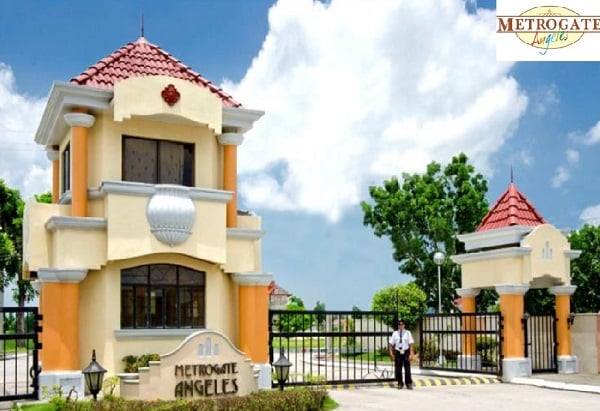 Reminisce some old memories of Pampanga. Be stunned by the beauty of this province while you have your exclusive home at the Metrogate Angeles, Moldex Realty’s latest house & lot community (or lot only package) for sale in Pampanga. This modern house & lot community at the heart of Angeles City, one of Pampanga’s most historical cities and home to various attractions and the finest cuisine in the world, is also home to a large number of expatriates.

Metrogate Angeles has some of the largest house & lot units being offered in the entire Central Luzon area. With 7 types of house models to choose from, Metrogate offers a minimum lot area of 84sqm to a larger 150sqm. House models have a floor area range of 60sqm to as big as 142sqm in two-story Single Detached and Loft townhouses with modern contemporary designs. Initially, you can purchase a lot only unit and build a house later choosing from 7 of Moldex Realty’s Home Design Series mentioned above.

You will never regret living in such a paradise like the Metrogate Angeles. This 87-hectare first-class subdivision is less than a kilometer away from the southbound lane of the North Luzon Expressway (NLEX) and has a 5-hectare land area for a Country Club. For native Kapampangans, adoring this nature-infused enclave is just like a second home; while for those who will come from other areas (such as Metro Manila) wanting to invest, Metrogate is more than just a safe haven away from home.

The site is filled with a never-ending treat of an extraordinary ambiance of the natural environment of lush greens set against the backdrop of the majestic Mt. Arayat. Here, the air is truly fresh and invigorating where your kids could live within an atmosphere of the clean and pristine environment. Furthermore, your new home is just a few minutes drive from the Clark International Airport and the Clark Freeport Zone. Metrogate Angeles is less than 2km away from downtown Angeles City, where most schools, hospitals, commercial & leisure centers, fine dining restaurants, and other entertainment centers are located. The community has some of the best recreational amenities and facilities you could ever imagine. There will never be a dull moment in Metrogate Angeles!

The Metrogate Angeles is located in Brgy. Mining, Angeles City, Pampanga. This site is just a kilometer away from the Angeles City Hall and the MarQuee Mall. Brgy. Mining, where the project is located, has only a population of around 3,186 individuals who are mostly young professionals and highly-skilled people. This might be the results of several prominent schools that surround the city where some are in close proximity to the new subdivision. You won’t run out of highly trained professionals who would run your business in case you engage in one.

Angeles City is also known as one of the “Best Places to Live in the Philippines” according to an international magazine’s (MoneySense) 2008 survey (March-April issue). Luckily, if you want to pursue your professional career by seeking employment to some of the city’s corporate world, you come in the right place. Metrogate Angeles is less than a 15-minute drive from Clark Freeport & Special Economic Zone (CFEZ) where it is formed as a hub for aviation, business, industry, education, tourism, leisure and entertainment, fitness, and as a gaming center of Central Luzon. Additionally, the current development of the New Clark Green City, a 9,450-hectare mixed-use community in nearby Capas, Tarlac (less than 18km north of Metrogate Angeles), offers more business and employment opportunities for the dynamic professionals.

Moldex Realty Metrogate Angeles in Angeles City, Philippines is a premier House & Lot project available for sale. If you're looking to rent or purchase Metrogate Angeles, then check here first. We have full details of Metrogate Angeles updated regularly as well as everything you need to know about the availing and booking process, broken down into stages that includes selecting a unit, choosing a payment plan and buying your dream home at the right price. For price list, free site tripping or showroom visit, personalized service, model house, unit plans, floor plans, payment terms, CHAT LIVE with an agent 24x7. Always only buy from PRC licensed Real Estate Brokers and Agents.

Why Invest In  Metrogate Angeles

At the Metrogate Angeles, you don’t only have the chance to invest in a house & lot, there are also available lot only package where you can build your own home in the future. Some single individuals (mainly professionals) who want to invest in a property that will surely yield the highest property appraisal in the near future, Metrogate Angeles is the right investment to start. The property has lot classifications where prices vary depending on the location. If you are still undecided whether to build a home or not, you can start by buying first your preferred lot for future use. In this regard, you still earn a lot yearly as your property appreciates tremendously because of the company’s continued development on the said property. You can choose a property with the following descriptions but at different prices;

You can check with our licensed real estate agent on this website for the price corresponding each lot classification. Unlike other high-end house & lot packages offered by other companies, you got to choose the perfect location of your lot and have the lowest price for it.

Ageless beauty will enhance your investment

The location of the Metrogate Angeles is enough reason for your investment to soar to the highest property appraisal in no time. Angeles City is one of the fastest growing economies among the cities in the Philippines. The city is not only the economic hub of Central Luzon but is also the favorite retirement spot by more Americans and OFWs alike. The city was the former Clark Air Base and was once the largest US military installation outside of mainland United States. Some American veterans and their families are moving to this lively city to live permanently which some experts predict would continue to the next decades. Not only for these reasons your investment could go a long way in case you want to lease out your purchased property or resell it in the future but you will also create a wealth through your investment. Another thing is; the design, recreational amenities, and the world-class facilities of the Metrogate Angeles are eternal features that act as the catalyst to the rising value of your property.

If you are wondering how to own a piece of this oasis in Pampanga, the Metrogate Angeles offers one of the most flexible payment options in the industry. Once you have paid for the reservation fee (which is also one of the lowest in the industry), you can pay in cash if you have the financial capability and enjoy big discounts against the TCP (total contract price). You can also pay in deferred cash which you have to pay the remaining balance within 12 months with zero interest. Moreover, if you can’t pay in cash or deferred cash, you can pay the reservation fee and the down payment (DP, 20% of TCP) and opt for In-house Financing. From here, you can choose to pay the DP within 7 months with a net of discounts or within 6 months without interest. You will fall to the 20-80 scheme that is the most popular among budget-conscious investors. This payment scheme will allow you to pay the 20% DP then the 80% balance of payment can be coursed through In-house Financing. On this payment option, you can choose an equal and lower monthly amortization in 3, 5, or 10-year period. For more info about these payment schemes, you can have a brief chat with our licensed real estate agent on this website.